Why the hell not, screw da bumms.

By WB?RUR, on the scene
PETALUMA, Calif. ? In a surprising move, a local man has taken his family feud to new heights ? literally. Sunday, Ronnie Hawkins scaled his 75 foot amateur radio signal tower and vows he?ll stay there until his ?get down into my business, never good enough for their daughter? in-laws and ?no-good, no-job having, drink all my beer? brother leave his house.

?I had to put some distance between me and them,? says Hawkins. ?I thought they were just coming for a Thanksgiving meal. Then I found out they planned to stay until next Tuesday.?

Hawkins, a former production manager for Brach?s Candies, retired to Petaluma?s south side in 1986. He?s been a ham radio operator since 1988.
The feud erupted late Sunday afternoon as the family was planning the traditional Thanksgiving meals for the week. A debate over corn bread dressing versus traditional dressing and fried turkey versus oven-baked sparked the fireworks.
?It became apparent that they were here for the long-haul,? says a surprised Hawkins. ?I just didn?t plan on it. When they leave, I?ll come back down to terra firma. Until then, I?m pulling my meals up with a rope tied to this basket.?
?It went downhill quickly,? says visiting mother-in-law Mildred Hayes of Manhattan, Kansas. ?He seemed a little prickly at lunch, but later in the day he came totally unwound.?
The brother, Donnie Hawkins of Rio Rancho, New Mexico, sees the glass as half full.
?Until he comes down, I get to keep drinking his beer. And sitting in his recliner.?

What a great idea! Next time the inlaws come over I'll just climb up on the roof till they leave.

I call my inlaws the Hoovers...they suck up every thing to eat of drink in sight and never lift a finger to help clean up.
Z

That'll teach him to invite them over.

Maybe he wants the fast way down without his family looking?

Location
A Space Between

Are you kidding me? If I went up on a tower or hide on the roof my family would be "fuck it, more food for us" and then probably move in...permantly. What this guys needs is a good ole sawed off shotgun...now that gets rid of family...permantly.

'and you keep me hanging on' 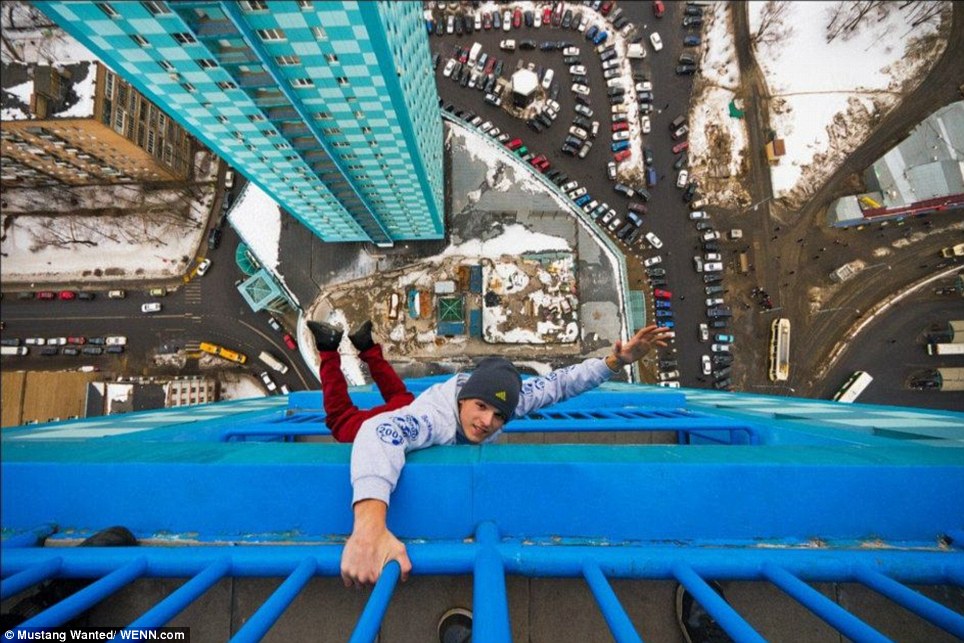